Roberto Azank is an artist of the late 20th century and early 21st century, known primarily for his work as a still life painter. He was born in Buenos Aires, Argentina in 1955; the grandson of an oil canvas artist and the son of a master embroidery designer.

At the age of 14, Roberto won the first prize in painting at his high school. He went on to first study photography and later architecture at the University of Buenos Aires. In 1979, he moved to the United States where experimentation with various artistic forms and media led to his decision to pursue a career in the arts. As he continued to hone his craft, Azank began painting brightly colored abstract works in acrylics. By the late eighties, his style had evolved from abstract to figurative and he started painting in oils.

In 1994, Azank moved to New York's Catskill Mountains. Settling in New Paltz and found in his still life works the definitive style for which he is known.

The San Francisco Business Times described his work as, "Roberto’s canvases convey a sense of hyper-reality through his bold use of color, precise lines and controlled composition. Common objects such as flowers, fruits, vessels and candles are given new life set against the strong horizon, which divides the artist’s rich color fields. These color fields, often indescribable in hue, are the cornerstone of Azank’s work. While the still life objects act as vehicles for exploration of positive and negative space, placement and scale. He elects to omit unnecessary ornamentation from his compositions. Choosing instead to emphasize the precision and draftsmanship he originally investigated in architecture school."

Now at mid career, Roberto Azank has been described as a "metaclassical artist" whose interests lie in the abstract qualities of realism as opposed to the photographic copying of nature.

LEAVE A COMMENT DOWN BELOW (INCL. ARTWORK TITLE) AND WE WILL GET BACK TO YOU AS SOON AS POSSIBLE.

NOTE: Comments will stay private and will not be displayed. 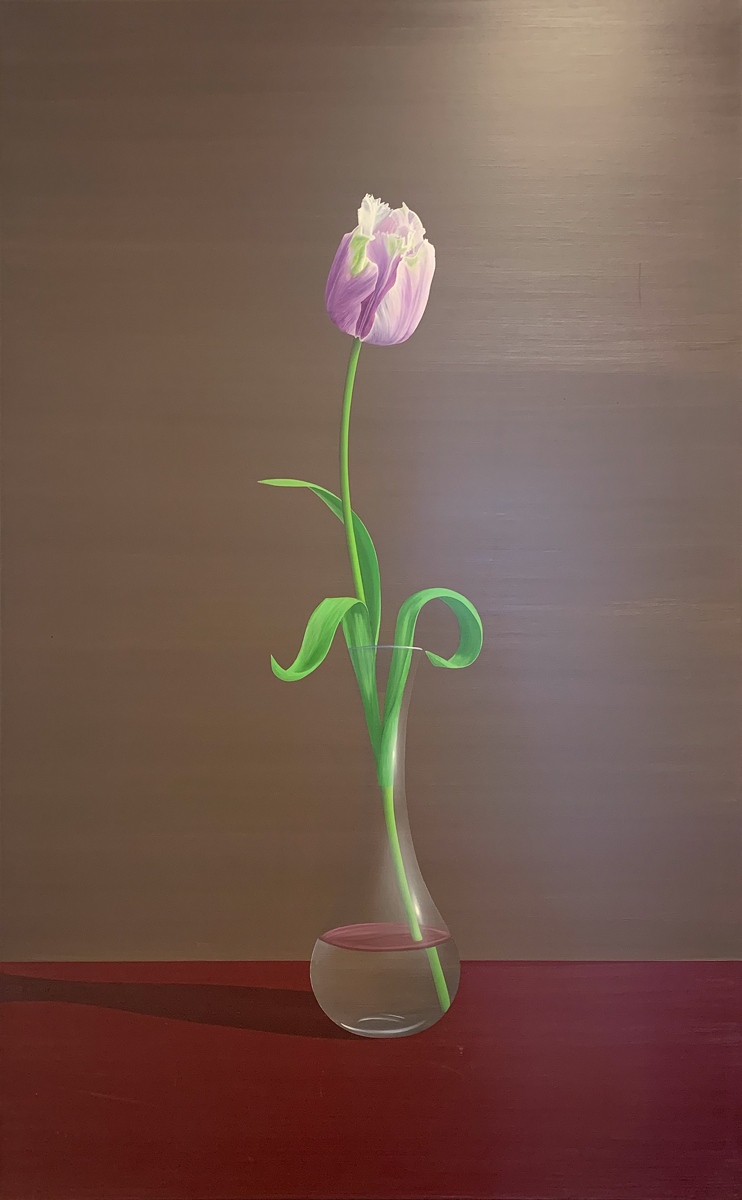